Community Arts Resources (CARS) has a long history with Los Angeles and Southern California. Co-founders Katie Bergin and Aaron Paley launched CARS in 1989 along with their friends and colleagues Jan Ellenstein, Aaron Slavin and Linda Yudin. Since then, CARS has been instrumental to Los Angeles by bringing communities together, reclaiming public spaces, and cultivating awareness of local history, cultural connections, and creative resources. 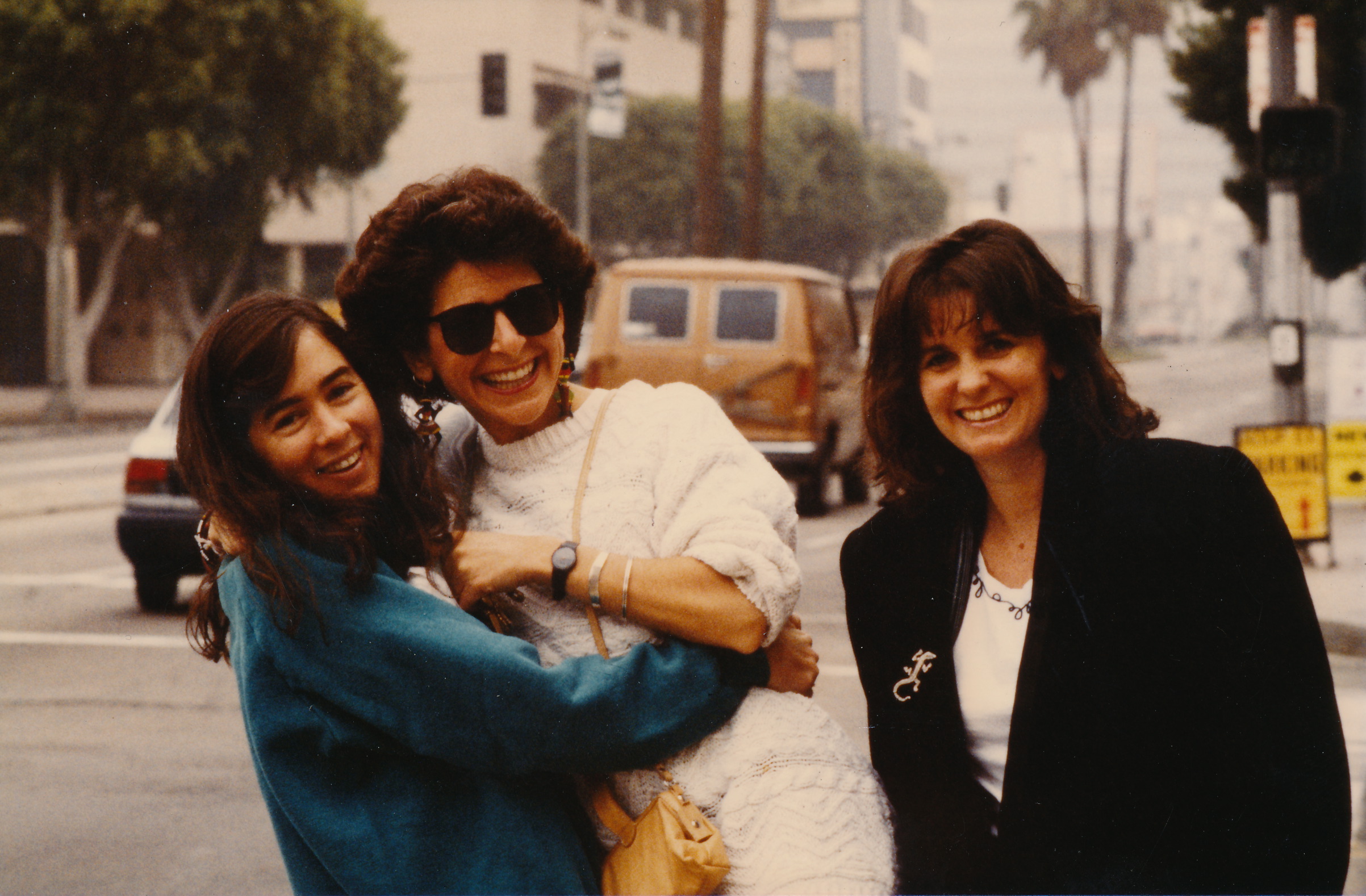 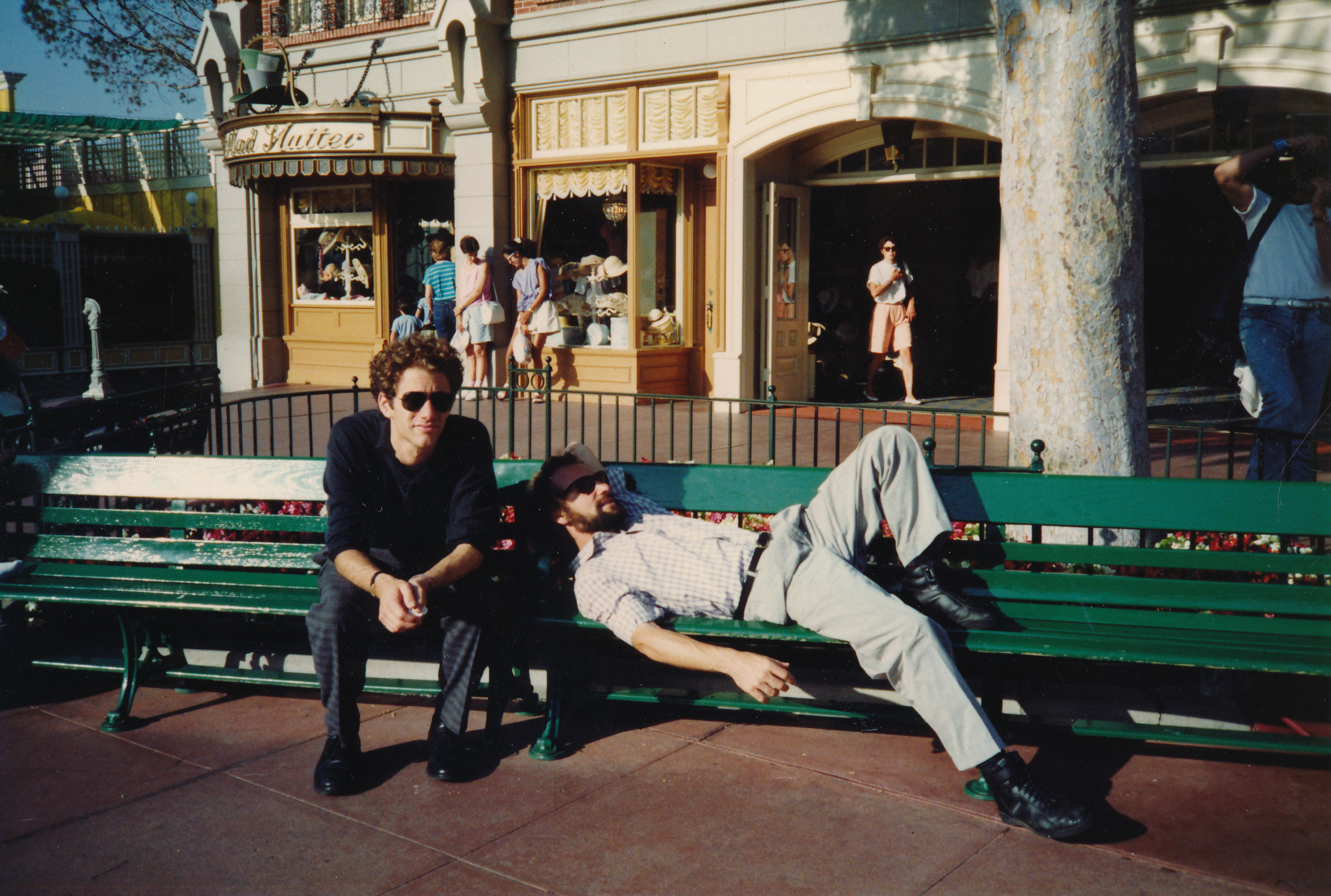 The Bergin-Paley duo began their journey at the Craft & Folk Art Museum on Los Angeles' Wilshire Boulevard in the early 1980s. Bergin was the associate director of the Festival of Masks and Paley was the secretary for Scandinavia Today, a festival involving 40 area institutions. They became fast friends and worked together learning from the Museum's founder Edith Wyle and Willow Young, the Director of Special Programs. The Festival of Masks was the first festival in Los Angeles to embrace all of the cultures and peoples living here. That simple idea of multiculturalism was joined with respect for community, the inclusion of artists at the table, deep listening, and letting the artists and the communities speak for themselves. 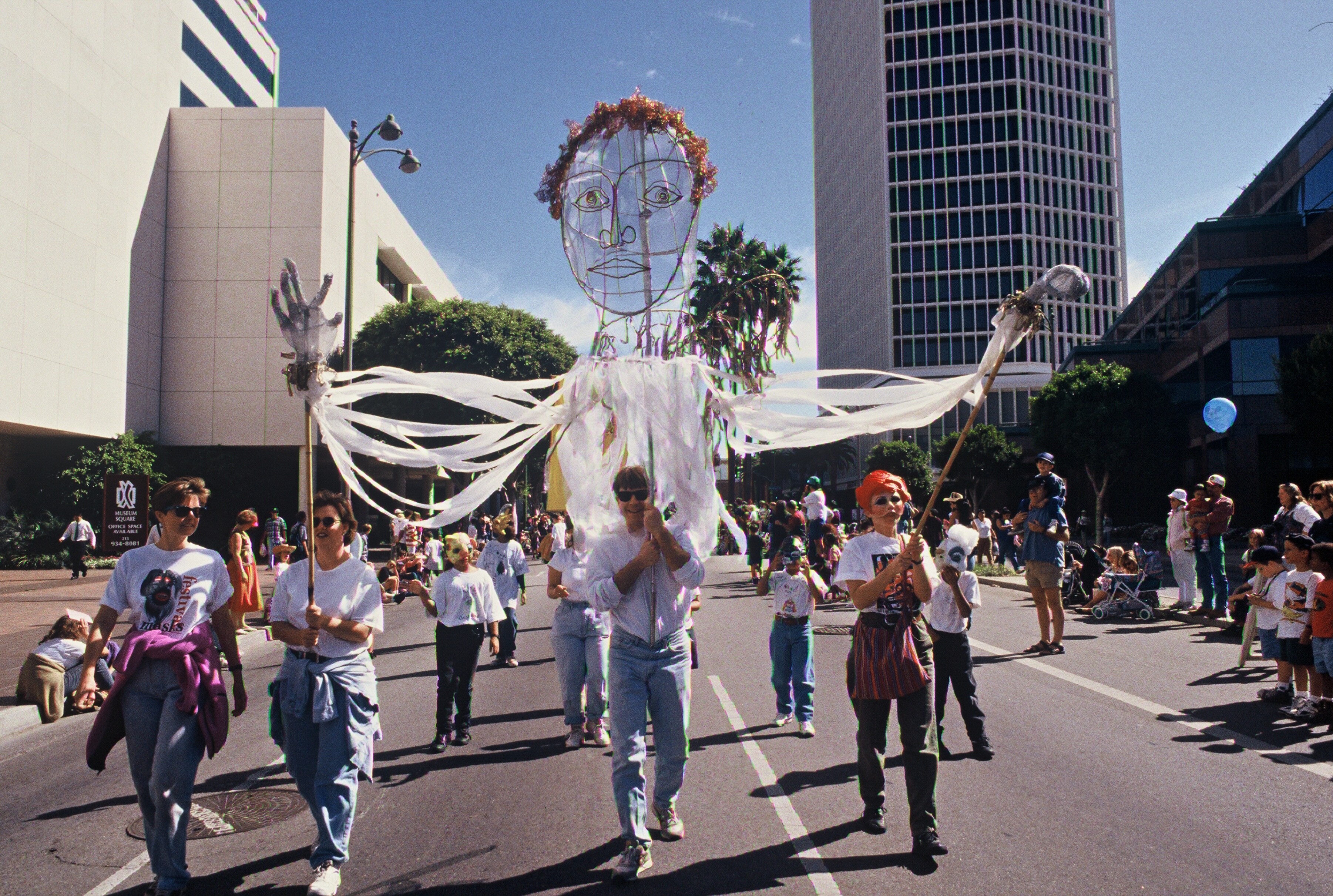 These values became second nature to Bergin and Paley and are literally part of the DNA of the company.

By 1983, Paley had started graduate school at UCLA in their famed but short-lived Arts Management Program in the business school, Bergin continued at the Museum co-producing the International Festival of Masks as one part of the 1984 Olympic Arts Festival. Their friendship continued as Paley moved to New York to work at Dance Theater Workshop (where he became the first staff person at the National Performance Network) while Bergin got a job with New Music America.

In 1986, Paley moved back to LA and after a brief stint as the Administrative Director of Scott Kelman and Alex Wright's Pipeline Theaters, he became the Executive Director of Fringe Festival/Los Angeles which was planned as a response by local artists to the Los Angeles Festival, the successor to the Olympic Arts Festival. Paley asked Bergin to work with him on the project but as she was expecting the arrival of her first baby, she deferred and recommended her assistant at the Festival of Masks – Jan Ellenstein. Ellenstein and Paley went on to successfully produce the nation's first Fringe Festival which garnered enormous local attention as well as some national press. Paley and Ellenstein then inherited the mantle of producing the Festival of Masks for the Craft and Folk Art Museum in 1988. They also worked with Paley's successor at Pipeline Theaters, Aaron Slavin, as well as bringing on many interns, including Linda Yudin who was just finishing her Masters in ethnomusicology with a focus on the Afro-Brazilian culture of Bahia and Brazil.

After the October 1988 Mask Festival, Paley heard about new office space that was available at an ambitious new arts center in Santa Monica on 18th Street. Paley and Bergin agreed in December of 1988 to rent an office together at the new "18th Street Arts Complex" as the first tenants where they would split the rent and just have the chance to work next to each other again. There was still no idea that a new company was about to be born. 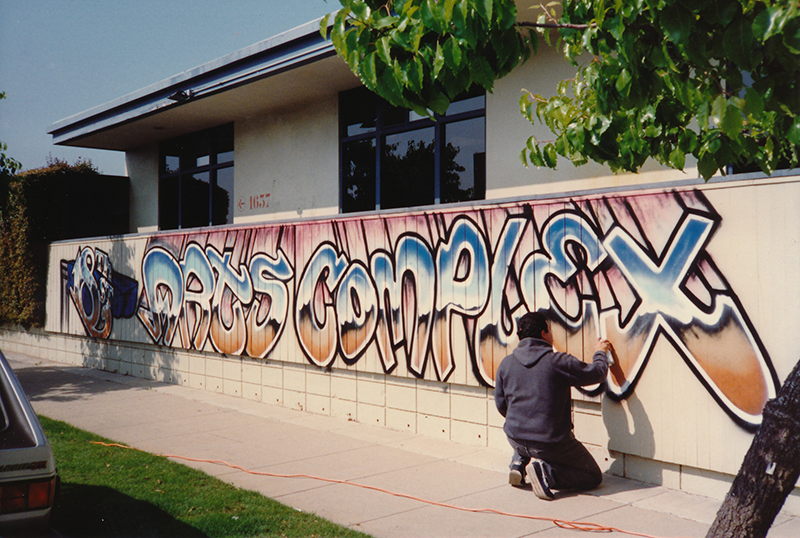 By early 1989, Paley who had just completed work in 1988 (with Aaron Slavin) on a seven-year operating plan for a new outdoor performing art space at California Plaza in Downtown Los Angeles, was asked by the project owners if they would be interested in programming and producing a season of lunchtime performances in Spiral Court (adjacent to MOCA on Grand Avenue). Almost simultaneously, Paley, who was still the Director of the dormant Fringe Festival, ironed out a deal with the new director of the Los Angeles Festival, Peter Sellars. Sellars had wanted the Fringe to be "center stage" in his festival, not on the sidelines. The larger Los Angeles Festival agreed to support the newly renamed "Open Festival" to be an integral part of the next iteration of the Los Angeles Festival coming in 1990. 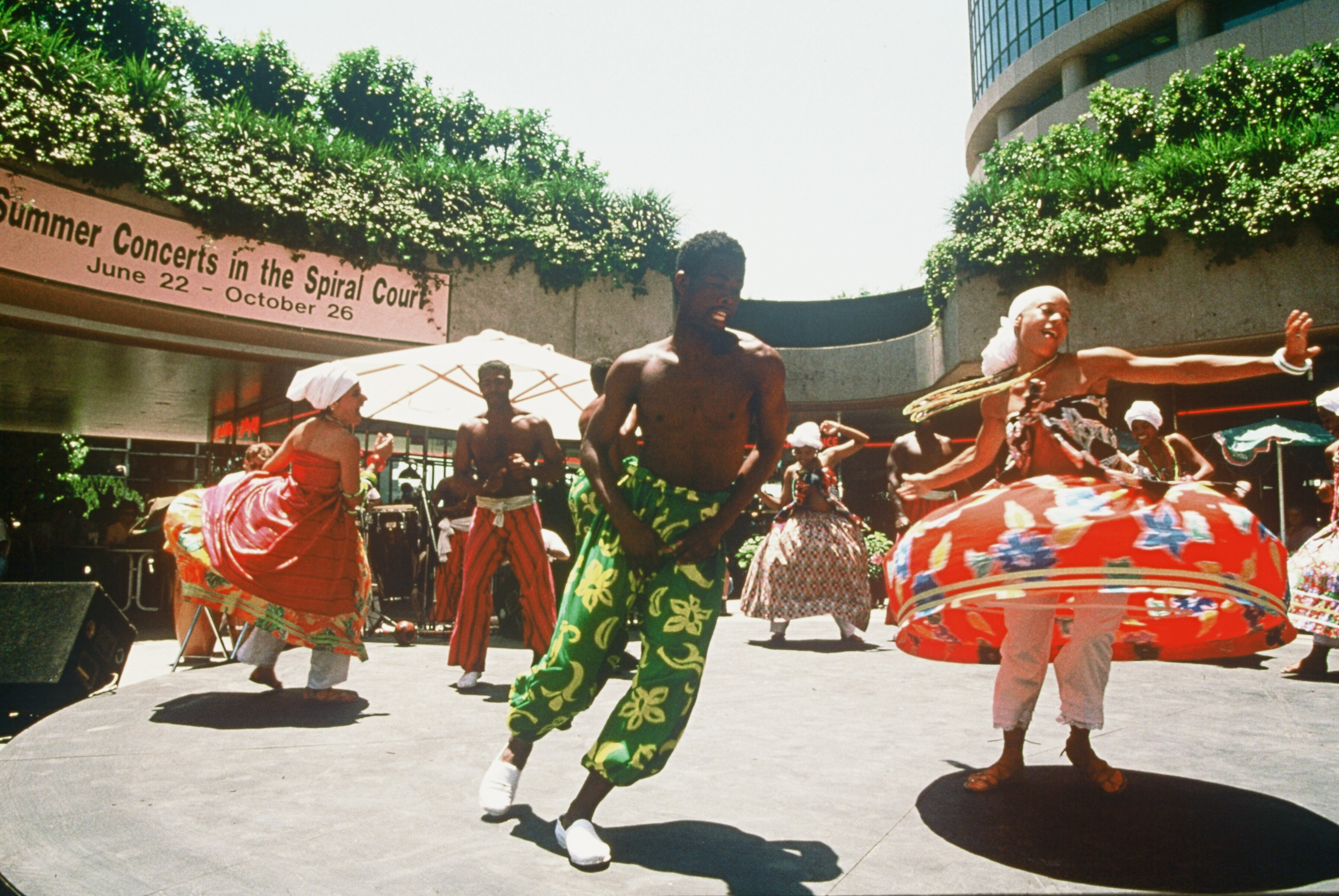 It's now the Spring of 1989 and Paley and Bergin have two major projects ready to go. They could actually start a business! They enlisted their colleagues Ellenstein, Slavin and Yudin. The office on 18th Street was outfitted with leftover furniture from everyone's garages, phones were bought (with two outside lines!), a joint fax machine was offered up by the 18th Street Arts Complex and they were off! 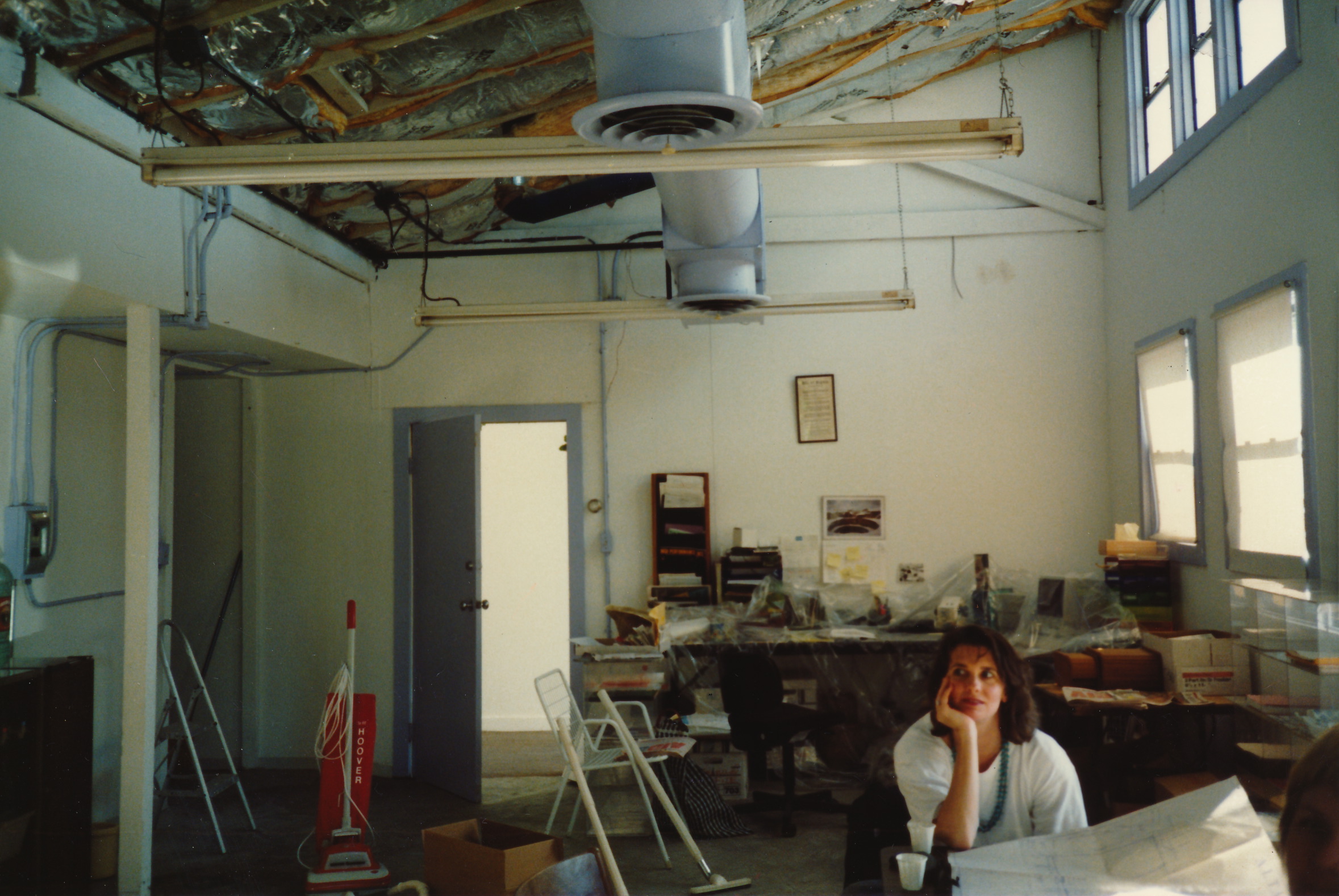